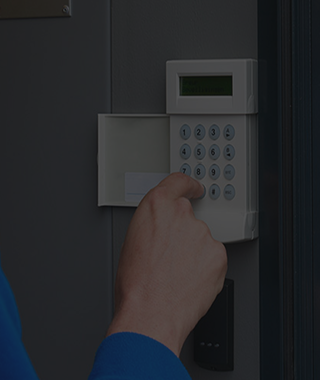 Do you already have a Fire Alarm system from another supplier?

Don’t worry Red Alert can take on other brands of Fire Alarm and offer you a complete service.

In a nutshell the system is similar to a wireless computer network system, but without any of the worries of the network dropping out! Once surveyed and installed by our team, the radio strength (wireless signal) is guaranteed.

A wireless system works in exactly the same way as any other fire detection system except the communication medium between devices is radio based rather than wired. As well as being quicker to install than a wired system, as there are no long cable runs to incorporate, there will be minimal disruption to interior walls or décor and to staff and occupants.

For many years wireless fire detection has been considered as a niche product, principally for stately homes and castles. The system is particularly suited for buildings where there is an asbestos presence or is undergoing a retrofit, extension or refurbishment. Or to avoid stopping a busy office, shop, care home, hospital etc from operating…

The EMS System is suitable for virtually any building and in many cases exceeds the performance and flexibility of a wired system.

The EMS System is a cost effective solution that can be easily adapted and added to as needs arise. By eliminating expensive fire rated cables and the associated labour costs, extensive savings can be made throughout the installation.

The EMS System can be used as a temporary fire detection system to meet health and safety demands where wired systems are not practical.

The EMS System panel supports up to 504 devices and when networked up to 4,032 devices can be supported across a number of buildings or locations.

Alkaline batteries are used in all devices ensuring costs are low and with normal usage will have a 5 year life cycle.

An example of an EMS Wireless Radio System Installation

Red Alert were approached by The Royal College of Art (RCA) to advise on the fire alarm system at their primary campus. Their current system was ageing and in desperate need of an update with frequent cable and equipment faults.

It would have taken months to completely rewire the building, which was not a convenient option, as work could not be carried out in term time or working hours. Our surveyors had identified that a wireless radio system would be the most appropriate choice due to the size and complexity of the building as well as the time constraints. The project had a timeline of 23 days and involved the installation of over 400 devices.

See our Case Study of the installation at The Royal College of Art.

We are just starting on the installation of a system for a world leading contact lens manufacturer. Over 330 wireless devices with networked control panels and remote computer graphics display will provide the safety and peace of mind for this world leading company and its staff. A full case study will be available in June.