Godinton House is a Grade 1 listed Jacobean building incorporating a medieval hall, Tudor staircase and later additional carvings, furniture and porcelain and contrasting decoration. Situated in Ashford, Kent, the house is open to the public from March to October.

Red Alert was already managing the ongoing maintenance of an existing monitored hardwired fire alarm system at Godinton House, which had been installed some years before. However, recent changes to Kent Fire & Rescue legislation meant that the brigade would no longer attend following a call from the monitoring control centre – they now required confirmation of an actual fire.

The building is of great historical importance and the trustees did not feel this gave the high profile building adequate protection. A fire starting in the middle of the night may not be spotted until it was too late.

Red Alert entered into a period of discussion and negotiation with Kent Fire & Rescue and Godinton House trustees to agree a system design whereby the automatic response could be reinstated. The new security design incorporates a wireless detection system that works alongside the existing hardwired alarm to produce a level of confirmation of a fire that meets with Kent Fire & Rescue stringent requirements.

As a result, Red Alert designed the first fire alarm system that would elicit an automatic response from Kent Fire & Rescue following the change in legislation. 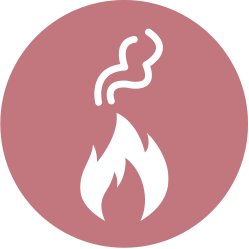